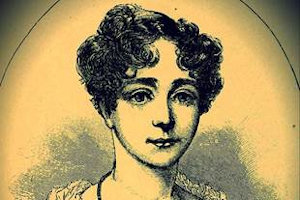 It was, in the words of Charles Dickens, “The best of times and the worst of times.” While revolution and political strife roiled Continental Europe, Britain in the 1780s and beyond was home to progressive social change, and to a growing community of educated, cultured Jews who flocked to England.
This group of highly educated, ambitious Jews called themselves the “Cousinhood” – brilliant Jewish families who built empires of business and service, married into each other’s families and created a new, vibrant Jewish community. One of the most prominent of these immigrant Jews was the Dutch-born Levi A. Barnet Cohen who moved to London in the 1770s and eventually became one of a dozen Jews newly elected to Parliament, without compromising his Orthodox Jewish faith. He married a brilliant Jewish woman named Lydia and together they raised an observant Jewish family. Their daughter, Lady Judith Montefiore, became a great – and little known – patron of Jewish life.
Judith used her wealth to support poor Jews, helping build the Jewish Ladies’ Loan and Visiting Society, a Jewish orphanage in London, and educational programs for girls at Jews’ Hospital. Moshe also rose in British society. He was knighted in 1837 (Judith gained the honorific Lady then); that year he was also elected the Sheriff of London – only the second Jew ever elected to that post. Yet despite the Montefiore’s high social position, they were dogged for years by anti-Semitism and snide anti-Jewish remarks.
read more here @ aish dot com
19th century england jewish history jewish women judith montefiore