March 13, 2021
From Sight Magazine:
The victim of India's latest alleged gang rape faced the double discrimination of being born female and low caste, says her family, fearing she will get no justice in death either.
They say it would all have been different if the 19-year-old victim of a brutal attack came from an upper-caste family or if the suspects were all lower-caste Indians, known as Dalit. 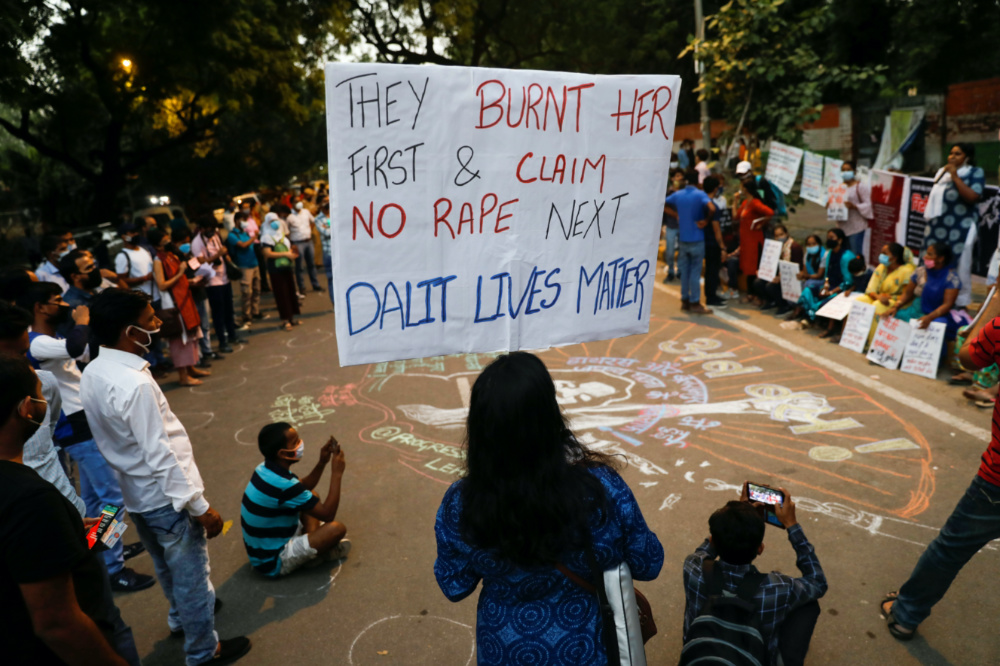 "The police are twisting facts," her brother, who cannot be named for legal reasons, told the Thomson Reuters Foundation.
"Things could have been different had we belonged to an upper caste."
His sister - who cannot be named - died from her injuries last week after she was allegedly attacked by upper-caste men on 14th September in a field near her home in India's most populous state of Uttar Pradesh, sparking widespread outrage and protests.
Days later, another lower-caste Dalit woman died in the same state, also after being gang raped.
read more here @ Sight Magazine
The cases highlight discrimination and abuse against India's 200 million Dalits, who are on the lowest rung of an ancient caste hierarchy and suffer social and economic exclusion despite laws to protect them.