Showing posts from May, 2020
Show all

May 02, 2020
From   The New York Times : Sudan’s new government has outlawed the practice of female genital mutilation, a move hailed as a major victory by women’s rights campaigners in a country where the often dangerous practice is widespread. The United Nations estimates that nearly nine in 10 Sudanese women have been subjected to the most invasive form of the practice, which involves the partial or total removal of external female genitalia and leads to health and sexual problems that can be fatal. Now, anyone in Sudan who performs female genital mutilation faces a possible three-year prison term and a fine under an amendment to Sudan’s criminal code approved last week by the country’s transitional government, which came to power only last year following the ouster of longtime dictator Omar Hassan al-Bashir . “This is a massive step for Sudan and its new government,” said Nimco Ali of the Five Foundation, an organization that campaigns for an end to genital mutilation globally. “Africa cannot p
Post a Comment
Read more 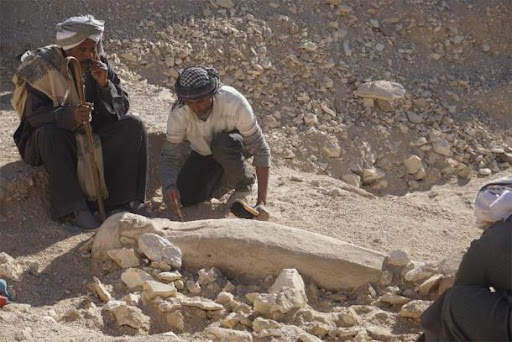 From The Sun : An ancient Egyptian teenage girl has been found buried with her 'bridal jewellery'. The treasures buried with the mummy in the 3,600 year old coffin are thought to be a dowry of expensive items that would have been gifted with a bride at a wedding. The fascinating discovery was made by a Spanish team working at a necropolis in Luxor, Egypt. The team, from the Djehuty Project, found the coffin on a hill called Dra Abu el-Naga.  In ancient times this would have been in the city of Thebes, the capital of Egypt in the Middle and New Kingdom periods. The wooden coffin was discovered in an impressively well-preserved state and some of its white paint was still intact. read more here @  The Sun
Post a Comment
Read more
More posts