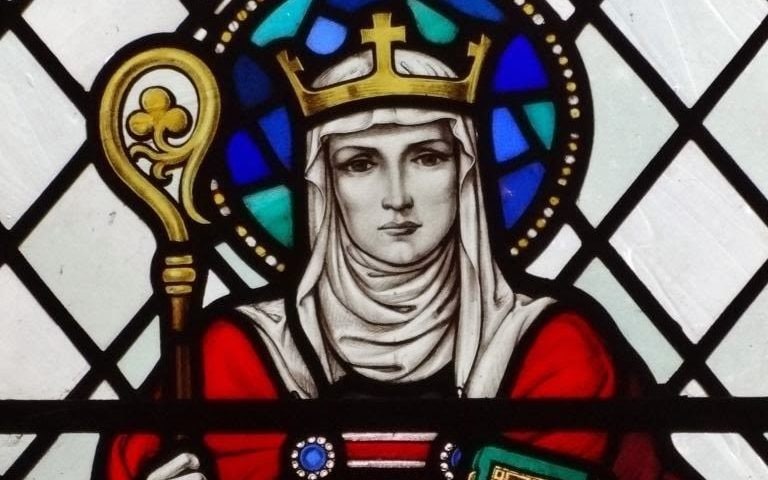 From The Independent:
An Anglo-Saxon princess who was one of England’s earliest Christian saints has been identified by scientists in a church in Kent. Some historical evidence suggests that she may be the present Queen’s earliest known relative whose remains have so far been identified.
Dating from the mid-seventh century AD, the princess was the daughter of King Eadbald (literally “the prosperous one”), the ruler of the Anglo-Saxon kingdom of Kent, who was that micro-country’s monarch from 616 (or 618) to 640. Eanswythe, the daughter of King Eadbald, is believed to have founded England’s first nunnery before her life was cut short, likely as a result of bubonic plague.
read more here @ The Independent and The Telegraph