POLL - 81% back idea of Japan having female emperor

November 02, 2019
From Kyodo News:
A whopping 81.9 percent of respondents to a Kyodo News survey over the weekend said they are in favor of the idea of Japan having a female emperor, while 13.5 percent indicated they are opposed.
Concerns persist over the stability of Japan's imperial succession, as the 1947 Imperial House Law stipulates that only males of the patrilineage can ascend the throne.
Following the enthronement of Emperor Naruhito, 59, the family now has only three heirs -- the emperor's younger brother Crown Prince Fumihito, 53; the crown prince's son Prince Hisahito, 13; and Prince Hitachi (Masahito), 83, the uncle of the emperor. 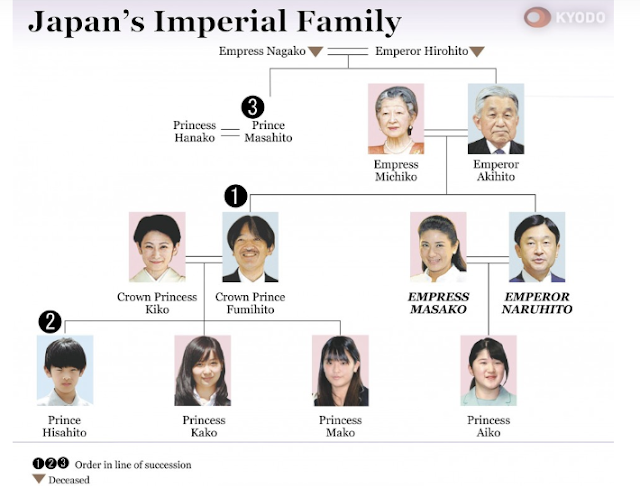 Emperor Naruhito and Empress Masako have a daughter -- Princess Aiko, 17 -- and there are other females in the imperial family, but the Imperial House Law requires women to abandon their imperial status after marrying commoners.
Regarding whether to allow heirs of female lineage to ascend the throne, 70.0 percent in the poll supported the idea, while 21.9 percent were against it.
read more here @ Kyodo News
20th century 21st century japan japanese women royality