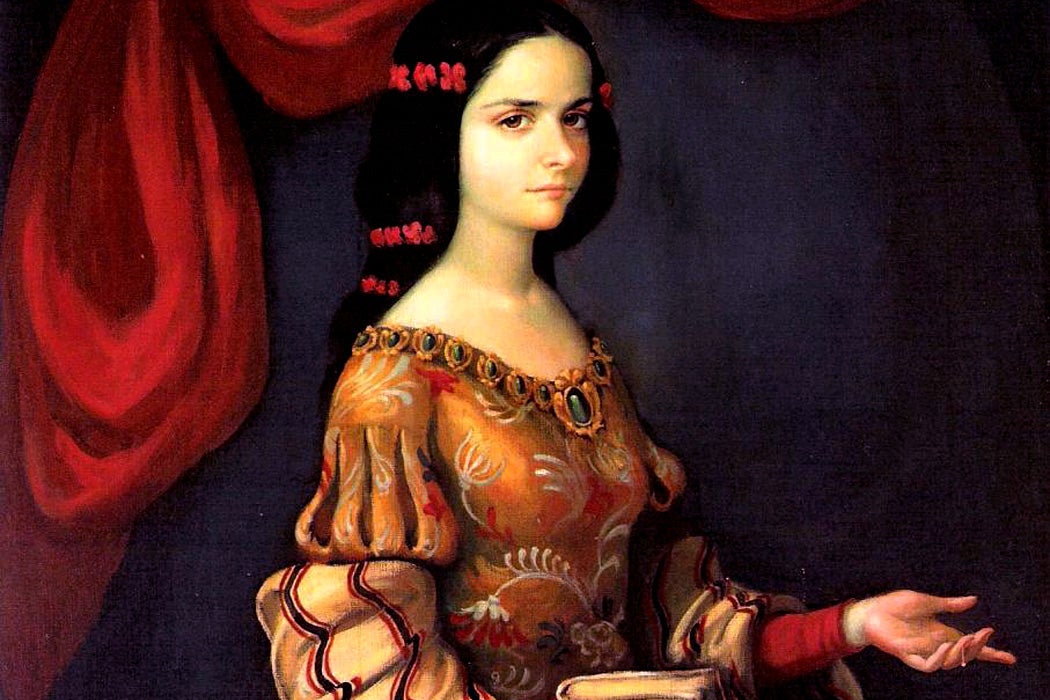 From a convent in New Spain, Sor Juana Inés de la Cruz became one of the leading lights of the Spanish Baroque’s golden age. A scholar, poet, playwright, philosopher, and composer, in her lifetime Sor Juana (1648-1695) was known as the Tenth Muse and the Phoenix of America. Condemned by the male hierarchy of the Catholic Church, she has since become a Hispanic/Chicana/Latina feminist icon and a founding mother of Mexican literature.
Sure, she was brilliant and multilingual, writing in Latin and Nahuatl, but how did she do all this from inside a cloister? Good prep work, evidently. Before joining the convent, she educated herself in a library inherited from her grandfather. As an adolescent, she became a lady-in-waiting to the viceroy’s wife. Her brains and wit earned her renown in the royal court; a group of forty scholars tested her and granted her the equivalent of a university degree (otherwise impossible for a woman to get). Once inside the convent—a life choice that was virtually the only alternative to marriage—Sor Juana ran a salon for the intellectual elite of Mexico City.
The Church did eventually force her to give up her library and writing in 1694. She died the following year. She had, however, already published the body of work that made her reputation. This includes poetry, particularly her masterpiece Primero sueño (The Dream), comedies, dramas, and La Respuesta (The Answer or The Reply).
read more here @ JSTOR Daily