Showing posts from June, 2019
Show all

How Irish was Iris? The life and times of the first Irish-born Booker Prize-winner

June 26, 2019
From the  I rish Times :  Iris Murdoch: ‘Being a woman is like being Irish’, one of her characters said. The first Irish-born writer to win the Booker Prize was Iris Murdoch, the centenary of whose birth occurs on July 15th, but how Irish she was or considered herself to be has been the subject of some debate. Nevertheless, her friend and biographer Peter Conradi argued that her Irishness was important to her and another friend, Paul Levy, wrote in the Independent last year that she “always felt passionately Irish but she also felt that it was possible at the same time to be British”. read more here @ Irish Times
Post a Comment
Read more 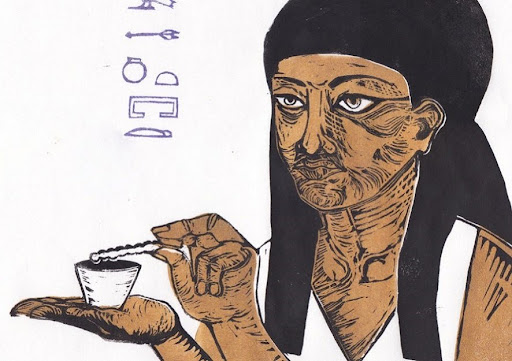 Face2Face Africa :  Centuries before some areas in Europe would consider women in the medical field, Africa already had female medical practitioners who were doing marvellously in the field. Historians do tell the story of a woman in Athens in the 4th century BCE who travelled to Alexandria to practice medicine because she wasn’t allowed to do so in Athens. Identified as Agnodice , she came back to Athens to practice as a doctor but had to do so disguised as a man. She would eventually be found out and be taken to court but was saved by her female patients who stormed the trial and asked that she be released. The laws in Athens were subsequently changed to enable women to practice medicine. Interestingly, around this period, female physicians had already been known in Egypt when Merit-Ptah, who lived in Egypt during the Bronze Age, around 2,700 BC was said to be the royal court’s chief physician. Having lived during the period of Egyptian architect Imhotep, much is not known about Ptah
Post a Comment
Read more

Is this Welsh princess the first British woman author?

From  The Independent :  Britain's earliest known woman writer is identified as a 12th century Welsh princess who died fighting the Normans. Princess Gwenllian , daughter of the King of Gwynedd, is said to be the author of the Mabinogion, the 800-year-old collection of Celtic tales of romance and adventure, whose unknown author has always been thought to be a man. In his book to be published later this month, Dr Andrew Breeze argues that Gwenllian is the author of the Four Branches of the Mabinogi, the main tales of the Mabinogion, which tells of princes and princesses and daring deeds in a Celtic world of heroism, chivalry and magic. Dr Breeze, a Celticist and English literature lecturer, says Gwenllian is one of the greatest writers. "It is sad to think that the remains of the finest of Welsh prose writers lies in an unknown spot in the battlefield where she was killed," he said. read more here  @ The Independent @ Sacred Texts @ The Mabinogian
Post a Comment
Read more 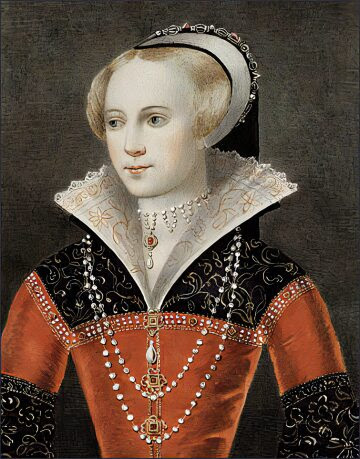 From  Ancient Origins :  Elizabeth ‘Jane’ Shore was an Englishwoman who lived between the 15th and 16th centuries. She is best remembered as one the many mistresses of the English king Edward IV. Yet, in spite of Edward IV’s notoriety as a womanizer, Jane remained as the king’s mistress until his death. The king himself described Jane as being ‘Merry in company, ready and quick of answer’, and was under her influence.  Jane used her influence over Edward IV to the good of others, by appealing to the king on behalf of those who have displeased him. She seems to have been successful in this, as many were pardoned thanks to her intercession. It is unclear, however, as to Jane’s influence in court affairs and it is unlikely that she played a major role in the politics of the time. After Edward IV’s death, however, Jane Shore quickly fell from power. Although she too was accused of witchcraft, there was not enough evidence to convict her of this crime and she was charged with harlotry (sexu
Post a Comment
Read more 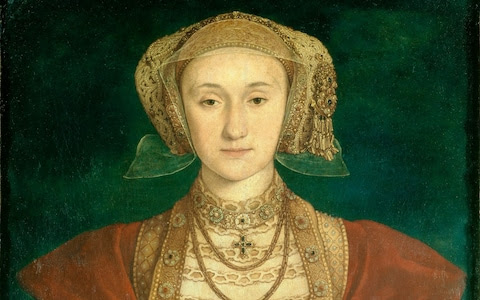 From  The Telegraph :  Henry VIII may have set aside his fourth wife Anne of Cleves because she had already conceived a baby with someone else, the author and historian Alison Weir has claimed. The German aristocrat was Queen of England for just seven months before the marriage was declared unconsummated and annulled in July 1540. Henry claimed he was so repulsed by Anne’s body that he could not fulfill his marital obligations, and to get out of the union, alleged she was still pre-contracted to the Duke of Lorraine’s son because no document could be produced that dissolved the betrothal. But in her most recent new novel ‘ Anna of Kleve ’ Weir claims that Henry may have realised his new wife was not a virgin but did not want to cause a scandal or damage his alliance with Cleves by revealing her impropriety. read more here @  The Telegraph
Post a Comment
Read more

The Lioness of Brittany and her Black Fleet of Pirates

From  Ancient Origins :  In the midst of the Hundred Years War between England and France, an enraged French woman named Jeanne de Clisson took to the sea with a fleet of warships, where she mercilessly hunted down ships of King Philip VI to avenge her husband’s death. For her ferocity, she eventually acquired the name The Lioness of Brittany . Jeanne and her crew would slaughter the crew of the King’s ships, leaving two or three sailors alive, so that the message would get back to the King that the Lioness of Brittany had struck once again. It should be noted that actual verifiable references relating to Jeanne’s life and exploits are limited, though they do exist. Historical records include a French judgement of late 1343 condemning Jeanne as a traitor and ordering the confiscation of her lands. In 1345, records from the English court indicate Edward granted her an income from lands he controlled in Brittany and she is mentioned in a truce drawn up between France and England in 1347
Post a Comment
Read more
More posts