March 10, 2019
From The New Indian Express:
Situated to the north west of Mausoleum of Muhammad Qutb Shah -- the founder of Hyderabad and patron of Charminar -- in the Qutb Shahi tombs complex at Golconda, stand a pair of tombs dedicated to two women, Premamati and Premamati . Legends have it that these two women were dancers and singers in the court of the Shahi king, Sultan Abdullah Qutb Shah. But make no mistake, they were no ordinary citizens of the era.
The gravestone of Premamati reads, “From all eternity Pemmati was a flower of Paradise”. These words are said to have been inscribed on Premamati’s tomb by Abdullah Qutb Shah himself, which use ‘Pemmati’ to refer to Premamati, instead of her original name. While Taramati is said to have commissioned a mosque built within the Golconda Fort. 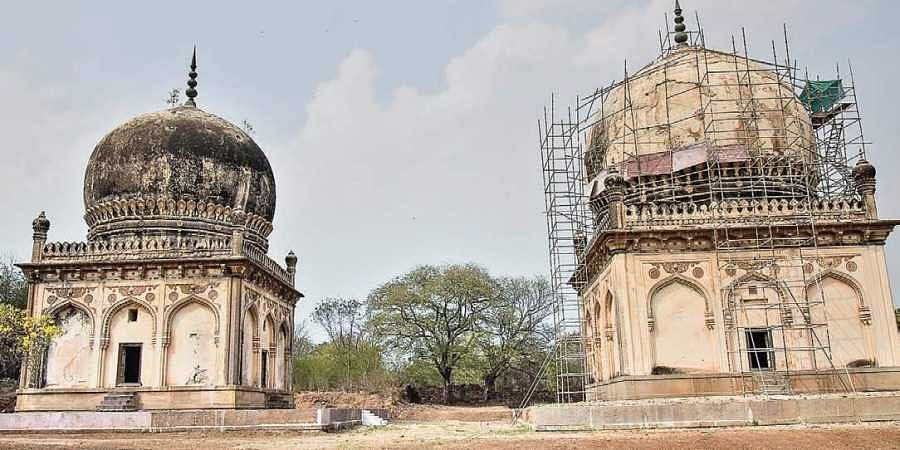 However, today these tombs no longer serve to commemorate the incredible lives of these politically-empowered women of the Qutb dynasty. They stand hidden behind two inches of cement from the shoddy restoration works of the last century, or marred by graffitis in poor taste. And so they are now in the crosshairs of the second phase of conservation works being taken up by the Aga Khan Trust for Culture (AKTC). The AKTC is carrying out the works in association with the State government which is motivated by the `70 lakh funds it received from the US government for the project.
read more here @ The New Indian Express