Showing posts from February, 2019
Show all

The Nigerian king who cursed the sex traffickers

From  Mail & Guardian : Edo State is Nigeria’s capital of human trafficking, and local authorities are seemingly powerless to protect vulnerable women and girls. Enter His Royal Majesty Oba Ewuare II, the ruler of the ancient Kingdom of Benin, who – like the traffickers – plays by a different set of rules. Benin City, the state capital, is a global hub for the trafficking of women. Up to 10 000 are trafficked from Nigeria every year, usually to Europe, and nine out of 10 of these women are from Edo. They are sent along the migrant trail — a dangerous route that has claimed the lives of thousands of migrants — usually along the Benin-Auchi road to Kano or Sokoto states in northern Nigeria, crossing over into Agadez in neighbouring Niger and on to Libya. From there, migrants take a rickety boat across the Mediterranean. In March last year, in front of all his chiefs and the priests of Edo’s indigenous religions, he [His Royal Majesty Omo N’ Oba N’Edo Uku Akpolokpolo — better known
Post a Comment
Read more 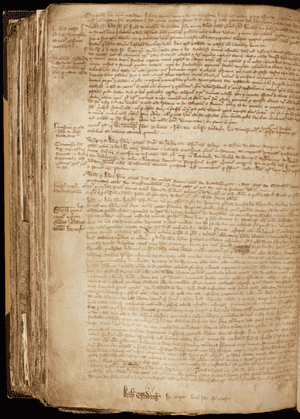 From  The Guardian : A team of medieval historians working in the archives at the University of York has found evidence that a nun in the 14th century faked her own death and crafted a dummy “in the likeness of her body” in order to escape her convent and pursue – in the words of the archbishop of the time – “the way of carnal lust”. A marginal note written in Latin and buried deep within one of the 16 heavy registers used by to record the business of the archbishops of York between 1304 and 1405 first alerted archivists to the adventures of the runaway nun. “To warn Joan of Leeds, lately nun of the house of St Clement by York, that she should return to her house,” runs the note written by archbishop William Melton and dated to 1318. read more here @ The Guardian
Post a Comment
Read more From  Ancient Origins : A shocking story from India is showing that in some areas of the world old superstitions are still alive and leading to terrible crimes. The belief in witchcraft is still common in many areas of India and is leading to ‘witch hunts’ that result in torture and murder. In a recent incident a woman accused of being a witch was murdered, along with her four children. Earlier this month the bodies of Mangri Munda and her children were found in a well near their home in Orissa in Eastern India, reports the BBC News . It is believed that a large crowd attacked the home of Mrs. Munda and killed her and her young family, including a 10-month infant. They were led by a man who claimed to be a ‘witchdoctor’ and the reason for the murders was that the mother was accused of being a sorceress, who was casting evil spells and that she and her children needed to be killed. Police in Orrisa, have arrested six people, including the self-appointed ‘ witchdoctor.’ According to the
Post a Comment
Read more 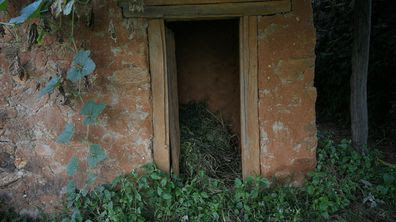 From  9Honey : A woman has died in Nepal after being banished to a "menstruation hut". The cause of death is believed to be suffocation after the 21-year-old lit a fire to try and stay warm in the windowless space. Parwati Bogati was found deceased when her mother-in-law went to check on her. Women inside the huts have also been attacked, according to BBC reports. In one case, a teenage girl was killed after being bitten by a snake during her time in a hut. Just weeks ago, a mother and her two sons died in a menstruation hut, prompting officials in Bajura to give villagers 10 days to tear down menstrual huts or face legal action. While the exact number of deaths from menstrual huts isn't known, a number of deaths have been directly related to their use. read more here @  9Honey
Post a Comment
Read more
More posts